Home of the World’s Finest Rubies

Mogok is a historic city that is in the northern parts of Myanmar (formerly Burma) which is located 200 km North of the second largest city Mandalay in the Pyin Oo Lwin district. This small city lies in a beautiful mountain valley at 1170 meters in elevation and has a reasonably temperate climate all year. Mogok and its surroundings Momeik Twin Nge, Thabeikkyin and Waphyudaung jointly is a gem-bearing area of 4963 sq. kilometers. This city is home to the Bamar, Shan, Lisu, Palaung, and Karen ethnic groups.

Now, Mogok is a small city of nearly 500,000 people, which mostly are gemstone business traders and miners producing one of the world’s sought after gemstone ruby. Mogok itself is something of a gem in a mainly rural, worse part of the country. Over the centuries, the exhilaration of unearthing rare, precious stones and the potential for commercial perks have attracted a constant stream of optimistic miners and gem dealers to this region.

Mogok is best known as the valley of rubies to many locals and have produced quite a few well known gemstones, including rubies, sapphire, spinel , peridot and moonstone. 90% of the worlds rubies comes from Mogok as stated in Wikipedia. The valley of rubies has been home to precious stones and to its inhabitants since the dawn of time, but it wasn’t until the colonization of Britain did the mining and precious stone trade really took off internationally. Foreigners visiting Myanmar are not permitted to visit Mogok as it is restricted to Burmese people only. Those who wishes to experience the mining world of Mogok must apply to get a special permission from a certain governing department. Even then foreigners have a slim chance of getting these permissions in the pass, nowadays, the governments has loosen their grip of these laws. Mogok then and now, is truly a city of gems. It is the epicenter for gems and gem trades of Burma. 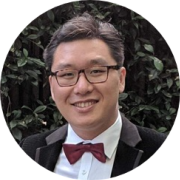 Owner at MAYS Exotic Gems & Jewellery and a member of the GAA.